A great and powerful people once roamed the forests, valleys, plains, and seas of Mexico. They spanned far and wide and are admired to this day for their contributions to our lives, even in the 21st Century. These people were the Mayans and their ruins dot the country of Mexico.

There are many archaeological sites in Mexico pertaining to the Mayan people. Some were originally centers of agriculture while others were for defense, trade, and rituals. The Mayans made the most accurate calendar the world has ever known. They built huge cities with temples in homage to astronomical wonders including the summer and winter solstices.

You can still visit many of these sacred and fascinating places on your trip to Mexico. While some of these archaeological sites are located inland, many of them are right along the gorgeous Mexican coast of the Yucatan Peninsula, dubbed the Riviera Maya, including within just a short drive of Mexico tourism hotspots like Cancun and Playa del Carmen. Here are some of Mexico’s Mayan ruin highlights: 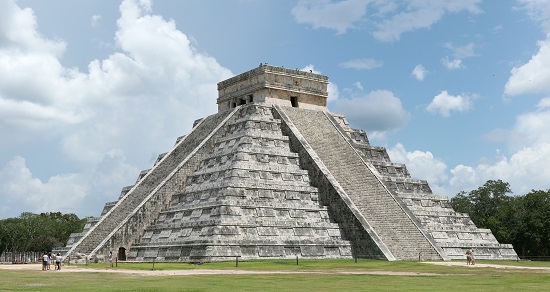 Chichen Itza
Yucatan, Mexico
The oldest part of Chichen Itza was a ceremonial center, built during the Classic era of the 7th – 10th Centuries AD. The newer portion was built between the 10th and 13th Centuries when arts and science were flourishing during the Mayan-Toltec period. This sacred city, located 75 miles east of Merida, belonged to the Itza and is considered the most important find to the Mayan culture as it covers six square miles. There was a period of around 250 years during which the Itza moved to the coast in order to form smaller towns. Still, Chichen Itza remained the ceremonial center for centuries. You can still see the Group of a Thousand Columns and Cenote of Sacrifice, two awe-inspiring structures. Be sure not to miss the El Castillo equinox event at Kukulkan’s Pyramid on March 20th and September 21st.  You can opt for a hotel near Chichen Itza itself or you can easily take a day trip from Cancun.

Becan
Campeche, Mexico
Just a little west of Xphil, right past the Quintana Roo-Campeche state line, you will find Becan. The Mayan ruins of this city allow visitors to experience 20 larger constructions that include temple pyramids. Becan was a political, economical, and religious capital that covers more than three hectares.

Bonampak
Chiapas, Mexico
One of several Mayan ruins that run along the Usumacinta River, Bonampak has a great history that you can see through its many murals still standing upon its walls today. See how the Mayans lived through their art and storytelling. 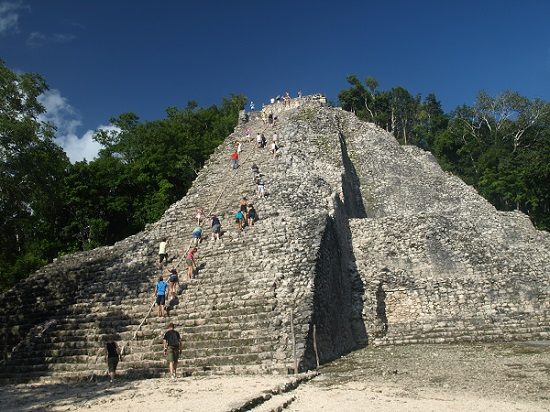 Coba
Quintana Roo, Mexico
This ancient ruin holds the tallest pyramid on the Yucatan Peninsula. Nohoch Mul is 12 stories high and from the top you can view several other Mayan cities from above the jungle canopy.

Mayapan
Yucatan, Mexico
This location is considered the last great Mayan city and capital. The golden age of the people who lived here occurred in the postclassical period. Strong influence was taken from the Itza people, as is largely seen in the construct and purpose of many of the buildings. 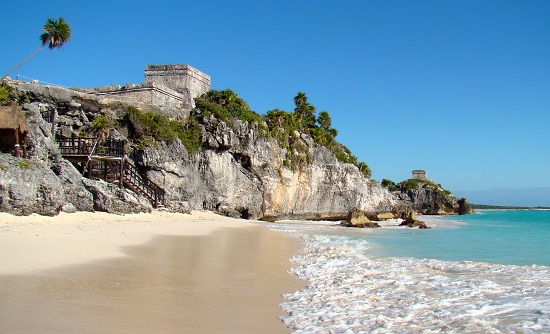 Tulum
Quintana Roo, Mexico
When visiting the Mayan ruins of Mexico, you will find Tulum to be one of the most impressive sites. Tulum is referred to as the “Walled City” because stands guard over the sea. It was extremely important in its day, as it was perhaps one of the cities along the Mayan trade route. Located between Akumal and Cancun, it is easily accessible for a day trip, but there are also lots of hotels near Tulum, including some beautiful spas.

Muyil, Chunyaxché
Tulum, Mexico
These archaeological ruins are found with the Sian Ka’an Biosphere Preserve within 15 kilometers of the Caribbean shoreline. Visitors can find a great array of civil and religious constructs within its 38-hectare campus. Rising above the jungle, Muyil was very well populated in its day. Close by lagoons hint at the overpowering presence Muyil could have held on the maritime trade industry in its pre-Hispanic era. Population here began around 300 B.C., centuries before most of the major centers that have been uncovered. Life here would have remained unchanged until the landing of the Spaniards in the 16th Century.

There are indeed several Mayan ruins in Mexico up and down the same coast as Muyil, including Tankah, Xaac, Xel-Ha, and Akumal. Trade would have been important to the Mayans since part of their empire ran closely to others and they did stretch across the country. Evidence has been found to support this at many sites. Materials normally only found inland have been uncovered at sites near the beach and vice versa.

There are hundreds of Mayan ruins that you can visit across Mexico. You can even plan on multiple day excursions with different tour groups set up by your Cancun hotel. Or if you’d rather travel the country on a Mayan ruins itinerary, you could take a 10-day trip consisting of stops at Uxmal, Merida, and Palenque, then into Yucatan to see Campeche.

The choices are endless when it comes to visiting these spots of ancient wonder. Awesome life springs out of the jungle and beaches of the Mexico. Try to catch several Mayan ruins in Mexico to learn more about the people who wandered centuries ago.